Wow, those were some really lame pictures. Blogger was only letting me upload three at a time and the preview images was really small, so I had no clue what I was putting up. 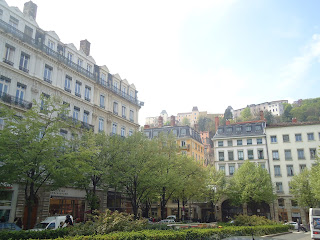 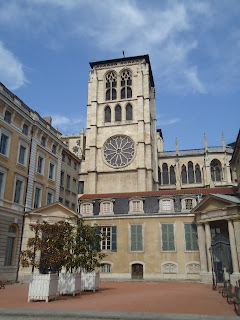 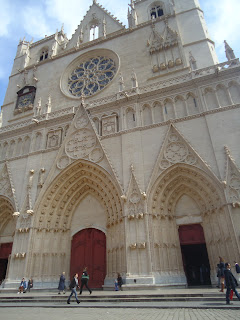 Vieux Lyon backs up to a really tall, hill, more to come on that later. 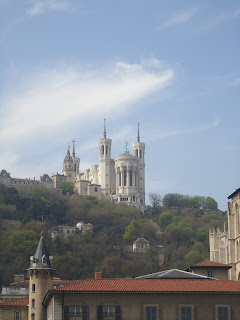 There are a bunch of shops, the church of the town and some ruins. I didn't know this, but Lyon dates back to like 5AD and was the largest city under Roman control outside of Rome. It's neat, there are ruins right in the middle of the city. 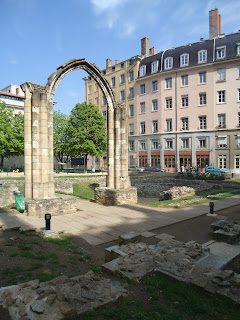 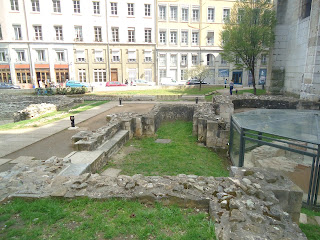 So we walked around here, lots of cute little shops, and then we were making our way to candy shop, by the way, Claire and I were trying to fast because we were supposed to go to a huge dinner, however, we ran into an ice cream place that was calling your name. Claire got straciatella and speculous (like the delta bishoff cookies) and I had mint chocolate chip and salted caramel. So good, but they were HUGE! We demolished them quickly and then got really cold because it was like 58 degress outside and not sunny.

Then we felt gross. So what did we do?? 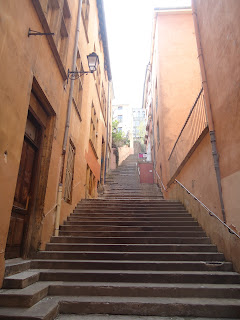 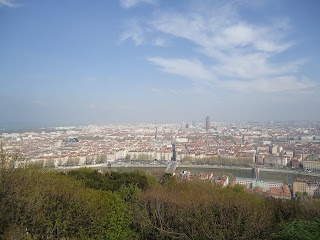 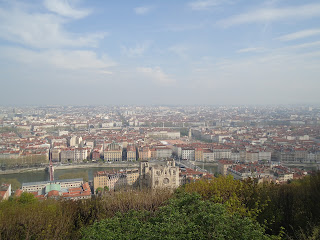 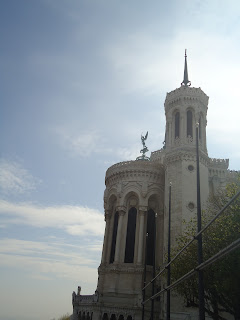 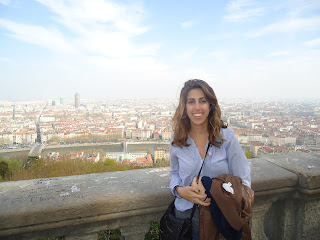 Pictures of my face for you, Marisa! 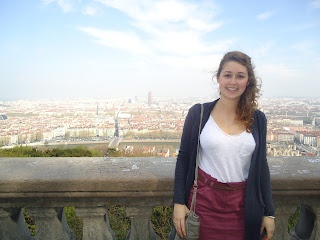 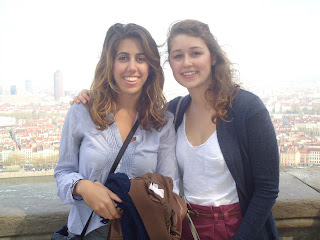 Then were went into the church, which was kind of a let down as it was build 100 years ago and was kind of gauty. Then, Claire had said that there were some ancient ruins nearby. So we looked and found this! 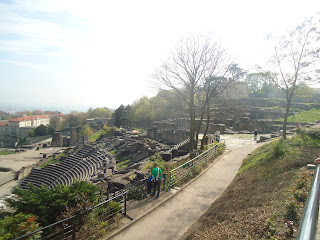 Notice those weird box things on the top left! Don't they look like they belong in Star Wars! They, I think, are part of  a museum, but still, they are super ugly! 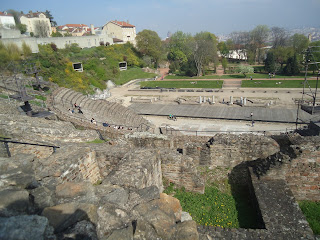 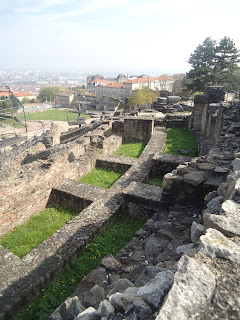 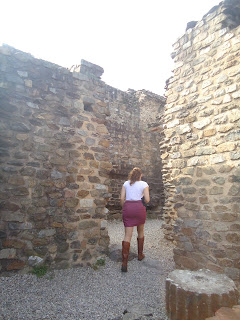 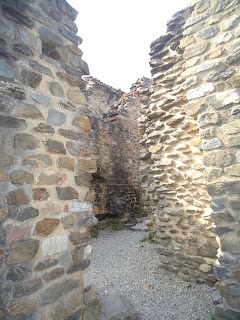 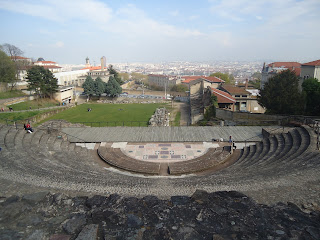 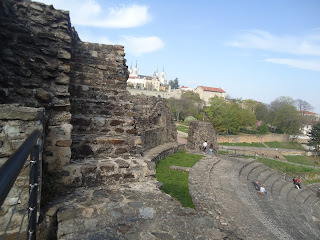 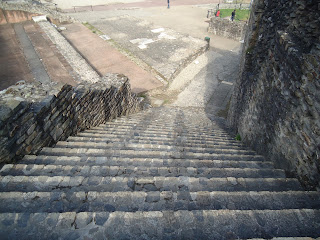 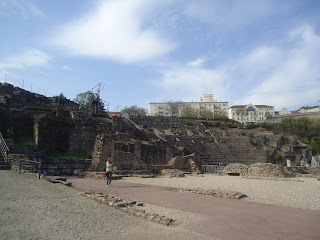 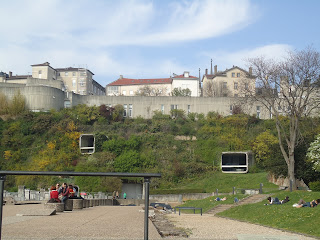 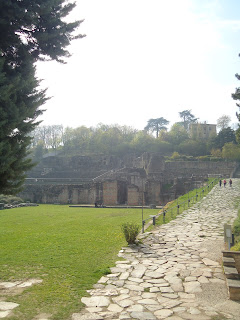 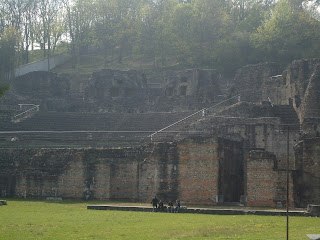 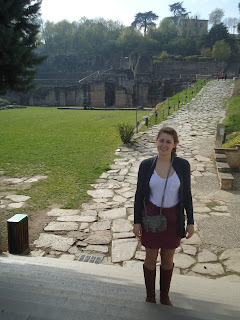 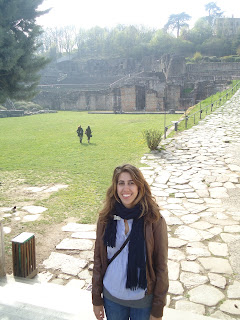 After that, we were tired, so we took the funicular down. Claire had never been on one.

Fun day, we ended up eating cereal and eggs with cheese and chips and dip for dinner. Not healthy or really that french, but delicious!
Posted by Brittany Burkhalter at 3:43 AM