The Day That We Did Nothing

First, Happy Easter all. In France, this a three day celebration. However, I do think that they are more celebrating having time off rather than the dying of our Savior. Hmmm. Anyway, I was impressed, I was looking to see if there a church nearby to go to, and to be honest, there was really nothing. France is in trouble.

On a different note.

If you recall from yesterday's pictures, when we got coffee at Brioche Doree, Brandon has his head down on the table. I think that possibly, the modern plague is attacking. Ludo had it, Claire had it, I had it, and now... Brandon has it.

Let me tell you, this thing sucks. Described again, you have a super high fever, chills, really tired, and congestion. It starts in your eye and then travels around. It's like a 2-day flu/cold combo.

So Brandon had that yesterday. I woke up because Claire was talking to Brandon because he hadn't slept. Turns out, he was like death warmed over. And if Brandon is complaining about being sick or is not functional, he must really be sick!

Then, to add to that, I had made the mistake of letting Claire borrow my kindle which has the Hunger Games Trilogy on it. That plus her foot is hurting... and my foot hurting a bit too, and the very odd temperature drop that settled on Lyon yesterday, it was in the fourties, we stayed inside... all day. I was going a bit nuts... but here's what we did. To be honest it was the longest day ever!

I woke up at 7am which I think added to the longness of day. But I guess having a long Easter is better than a short one. It's a happy day. My morning continued in the best way.. eating Golden Grahams... need cereal.

I did some stuff and around 11am, Brandon rose from the dead as well did Claire. It was beautiful outside, but deceptively so because it was so cold. Still I went outside for a while with a blanket and read and listened to Nathaniel's sermon. It made me want to have a disco party on the porch... would have warmed me up.

After a while, Claire was doing laundry and wanted my stuff. Not wanting to miss that chance, I went back inside. Her washer takes two hours per half load so conviniently, we were home all day.

Reading, lots of reading, wandering, talking, and oh wait... we are eating this whole time.

Then we has lunch. I had a ham and cheese sandwich. Claire had something similar and these Greek mushrooms that made me a bit nervous.

Yesterday, at Auchan, we bought stuff for nice Easter dinner, so I pulled out the meat to marinate it. It was a pork roast and I rubbed it with Herbs de Provence. 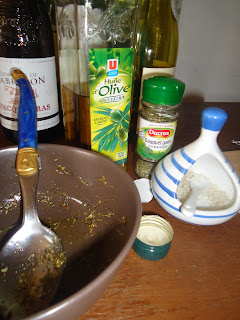 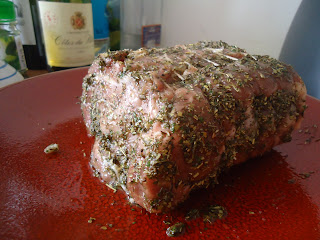 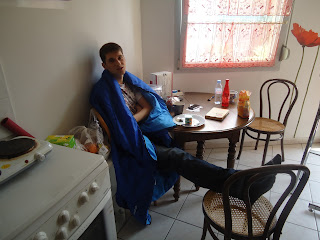 As you can tell, Brandon is sick. And where is Claire in all of this? Reading the Hunger Games. 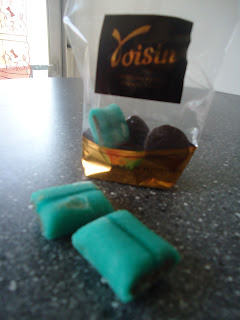 These are a Lyonaise Easter specialty! We bought them to try because Claire had never had them. Thankfully, we got some other chocolate too because these were really disgusting. We took a bite and then threw them out. Yuck! 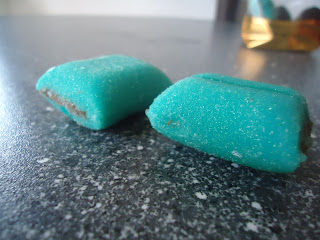 Okay! So, around five o'clock Claire decided that she wanted to make Funfetti cupcakes. I had brought her two boxes from America. However, she only had one egg and the recipe calls for three. A chance to emerge! There is a Turkish convenience store outside of her building, so we decided to go out and see if they were open. 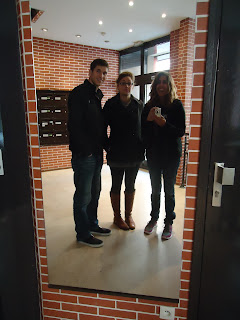 Here we go! I don't know if you can tell what I am wearing, but I look like a 12 year old boy. But it was so cold! 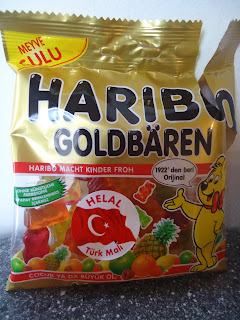 The Turkish place was open! In addition to the eggs, we got brioche (also known to me as ambrosia.. okay not really, but it is close to the best thing that I have ever tasted), and Turkish versions of Haribo gummies. These are Helal approved! Took some thinking on that one, why gummies would need to be Helal approved.... Answer! Pectin is made from animal bones. Thanks Lauren for you vegetarian ways... I figured it out! 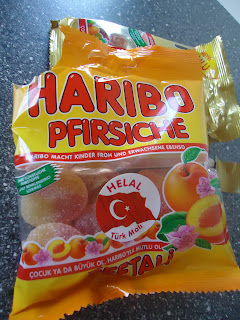 These were really good too! And Helal approved! What more could we need in an afternoon! It was probably good we ate these because our pork for later was definitely not Helal, we need the karma. 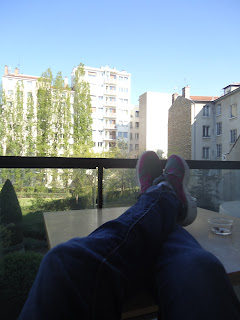 Back the porch to read again. Let me just say, Claire was making was faster progress on The Hunger Games, then I was on The Namesake! I am really cold here, and drinking my third cup of tea for the day.

Finally, around 8, we decided we should start dinner. Claire reached chapter 23 of 27 chapters. 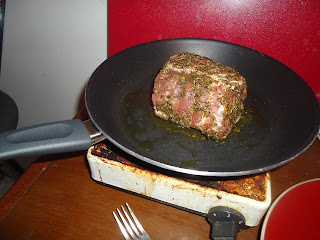 Claire has one burner by the way. 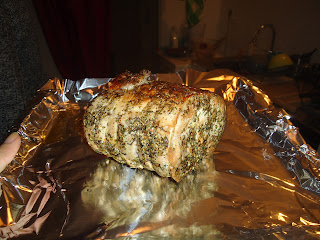 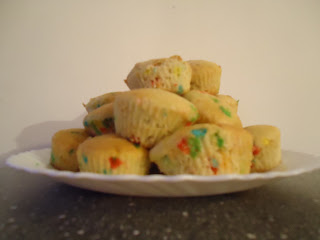 Funfetti! By some act of god, I only ate one. Each time I came into the kitchen to get a second one, I would eat a gummie bear instead. So basically, I went through an entire package of gummies, but didn't eat a second cupcake. Is that a win? 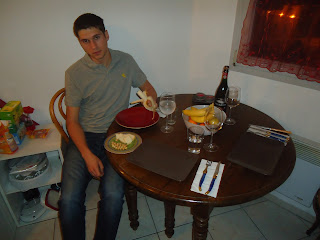 I eventually changed into something a bit nicer for dinner, it's Easter! And Brandon put on a polo shirt and came and sat down. He really feels awful. Brandon spent his day moving from the couch to a bed and back again. The smell of the food was making him nauseous, so he ate a banana. 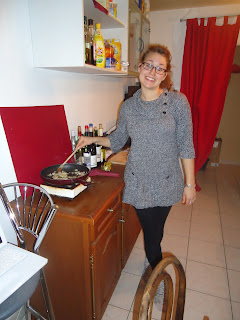 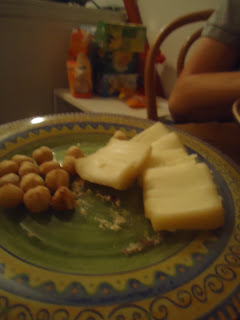 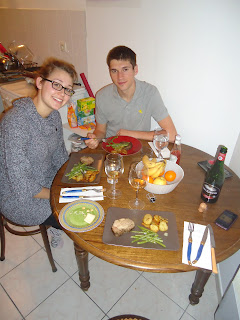 And dinner. Brandon, not sure if you have noticed, has been trying to smile like a French person. So funny! The food was really delicious. The pork, amazingly was cooked and not overcooked, and Claire's potatoes and green beans were lovely. We also a had a hard cider from Bretagne (Brittany). I was surprised, I really did like it, and it was fun to open because you popped it like champagne.

After dinner, we did the dished, read some more. Claire finished her book. I read about thirty pages the entire day... however my character did grow from at 10 to 17, so that should be something. I think I may finally be getting into it.

Then I fell asleep!
Posted by Brittany Burkhalter at 12:24 AM