Prague Airport! This airport is big. It really reminds me of an American airport which is weird I guess. I have never been this far east in Europe so who knows what I was expecting. We got off the plane, our luggage came right off, and the trip beings! 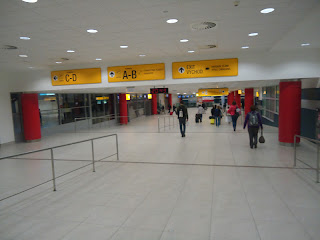 So we spent the next half hour trying to figure out money. Little did we know that this would become a constant problem in the Czech Republic. My god, the money is more confusing than almost anything I have faced in the last year. It is ridiculous... so confusing... so hard. Finally, we got some cash and headed out to the  bus.

So Brandon is great. He has planned out everything. The guy has it all down. He knew exactly what bus we needed in what direction, how much everything was going to be. Amazing. Johann and I were just like, great, cool, okay! We caught the bus... after missing two because we were talking... it was 32 korona (about $1.50) to the metro station. We grabbed a train... it's about 10:30 at night by the way, and rode that to our stop. It was about to get cool. 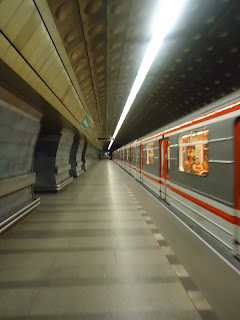 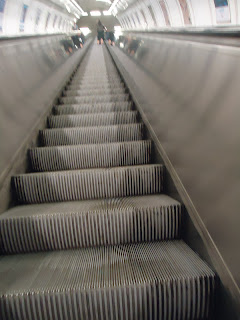 Johanna was nervous too! 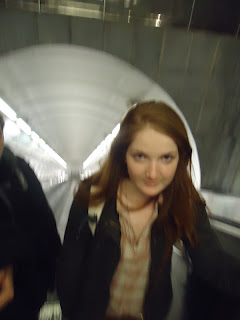 Made it safely to the top. 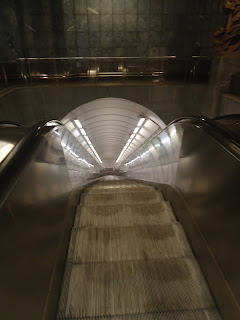 We walked out to this! So cool! 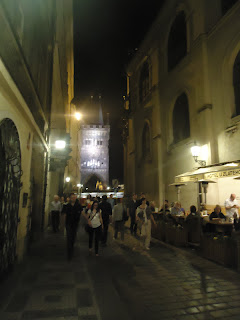 Our hostel was amazing! Pictures to come. It was right on the Charles Bridge! It was close to midnight, we were starving so after trying several places, we finally found on that was open!

Bread. They put a million nuts in seeds in all their bread. It's really good but really hearty. Speaking of their food, hearty is the adjective to describe it all. 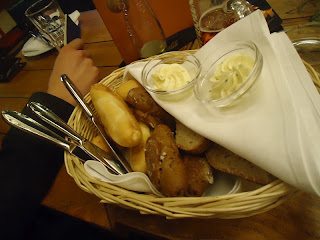 All food in the Czech Republic consists of some combo of pork, dumplings, and cabbage. Oh wait, look, that's what I'm eating. Haha. It was really good. 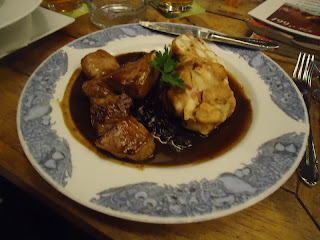 Johanna, however, did not have that, she had ravioli. 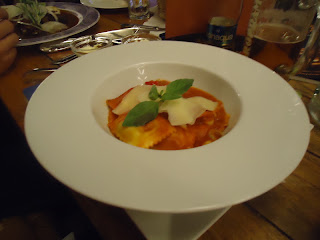 Brandon had pork goulash with dumplings. 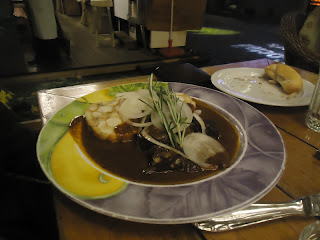 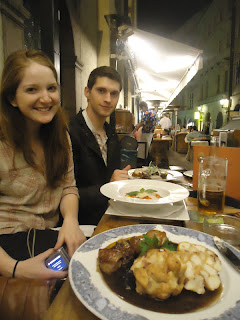 Johanna is my new best friend.... dessert best friend. Together, we experienced the best of the dessert that the Czech Republic has to offer. Here we have marscapone ice cream with strawberries. 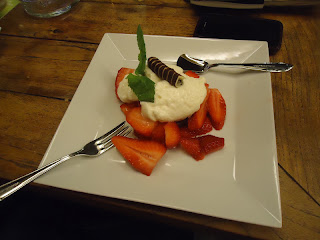 Okay... get this! This is our hostel! This place was cheap! We got a deal let me tell you. Our room was like half of my house in Hawaii. More pictures to come, but this was the bed made. 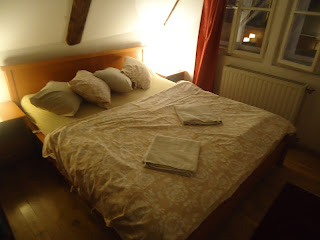 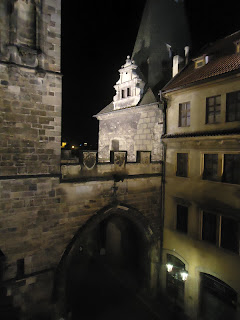 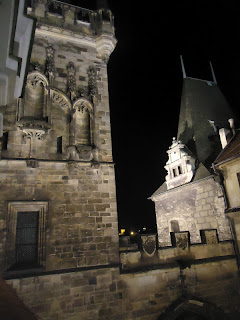 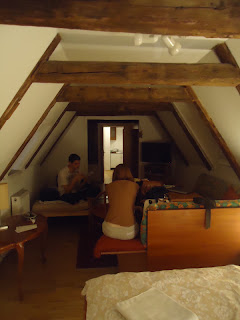 more pictures of the place to come in the morning!
Posted by Brittany Burkhalter at 12:19 PM