So the time has come for us to leave the Czech Repblic. I am thankful because you have no idea how annoying it is to type the word Czech. And it is even worst right now because i am typing on a Slovenian keyboard where the y and the z are interchanged and there are red lines under all of my words because apparently they are all spelled wrong. Ahh! Anway, no big problem. So back to the trip yeah.

We woke up super early to catch a bus from Ceskz Krumlov to Ceskz Bojovice where we could then take a train to Hallstatt, Austria. Whew, sounds compliacated but it wasn't too bad. Are bus left at 7am and then our train left at 8:30, a bit tight but we were going to do it!

Here's Brandon in the kitchen of our hostel. 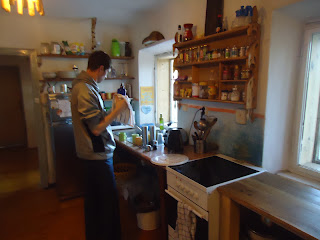 Once on the bus, we tried asking the lady on board how far the bus station was from the train station. She had no clue what we were saying. After a conference with the driver and several other passengers, they decided that it was, "very close." We got off the bus, were lost for about three minutes until i saw train cables overhead... we were close. We followed the cables to the train and walked into the less than beautiful bus station. These countries while nice and fine, really still have a few remenants of the wars. 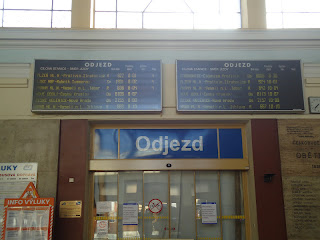 Getting on the train to Austria! 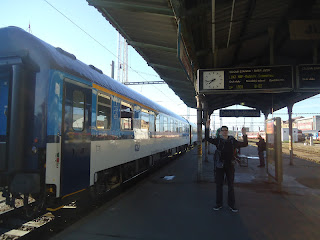 Our compartment, sorry the picture is sideways, my slovenian computer skills are pretty limited :) 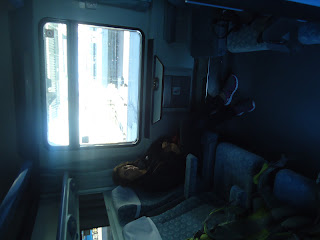 And the views from the train! The ride down to Austria was stunning. I have been to Austria once before with my family and loved it. And while I did really enjoy the Czech Republic, bummer had to type that name one more time, I was really excited to be going to Austria! 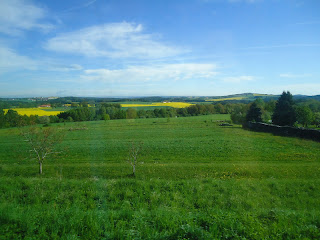 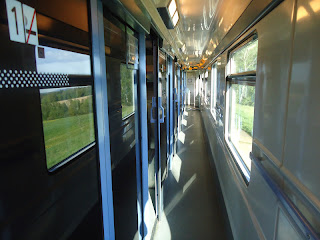 Brandon listening to his podcast. It was a freakanomics one about the lottery. 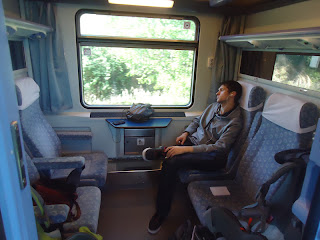 Caroline! I found these in a store and bought them! I had such high hopes but it in no way compared to the HEMA ones. I tried but these were not great. 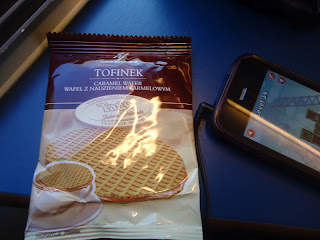 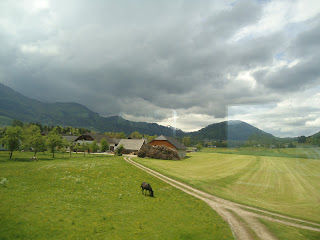 My sneakers! Nike Free's are the best! 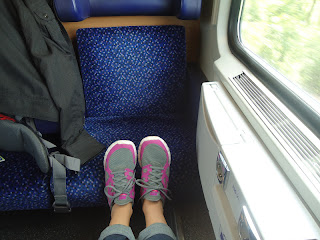 And then finally around noon, we arrived in Hallstatt! Hallstatt was where we were supposed to be running the 10k, however, that didn't happen and to honest, I am not all that broken up about it. Haha. But we did arrive the day of the 10k, however it had been earlier that morning. 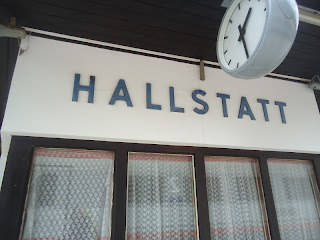 To get from the train stop to the town, you have to take a ferry across the lake. Such a pretty way to be introduced to a new place! 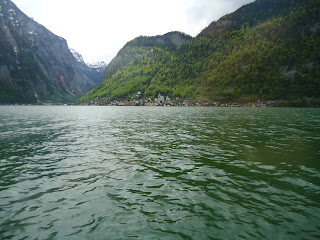 It was bit chilly and as soon as we arrived, it started to rain. We walked to our hotel... yes HOTEL! It was really cute, and then we walked back into the town for some lunch.

In Austria they speak German. Brandon know a bit and sometimes random phrases come to him, but for the most part we are flying pretty blind. We both got the regional Austrian pasta for lunch. I really liked it, I am not sure if Brandon was so thrilled. So this whole time Brandon has been doing the ordering in German. And I just try horribly to pronounce what I want. Well, after our whole meal, it turns out the waitress does speak English and she was trying to help him along. At the end she held out the check and then repeated it serveral times for him in German. She was nice. 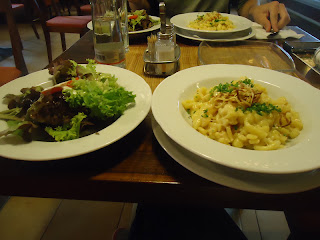 We split this really terrible doughnut thing and then went next door for ice cream.... even though it was like 50 degrees outside! Oh well. It was yummy. I wasn't going to get anything, but the sprinkles on the cone convinced me! 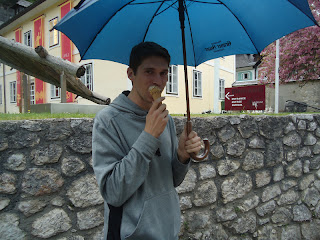 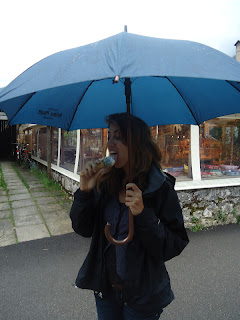 The race results. Sadly, our names weren't on there. Next year. 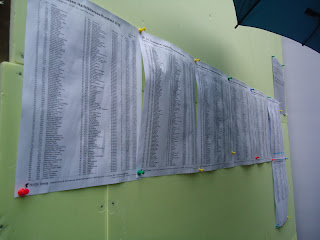 And the view from the hotel room. More on that tommorrow. 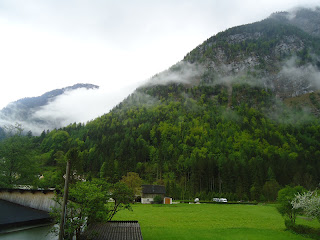 At this point, I was quite tired. Brandon went out exploring and I listened to a Keller sermon, it was Sunday after all. Brandon came back and we headed to a pizzeria next door. It was really smoky, okay food, and where all the locals hang out, so it was an experience. We both had pizza rolls, the cheapest thing on the menu, so really, what were we expecting. But it was fun. We headed back and crashed.

Big day in hallstatt tomorrow!
Posted by Brittany Burkhalter at 8:36 AM