So we of course went and what an experience. They don't allow pictures inside so I  have none, but the museum is essentially a walking tour of the Frank house and how they lived while hiding from the Nazis. It gave so much perspective and really put a face and name to how Jews suffered during WWII.

A great experience, all should come to Amsterdam if only for this reason. I also recommend to you the book, "The Fault in Our Stars." 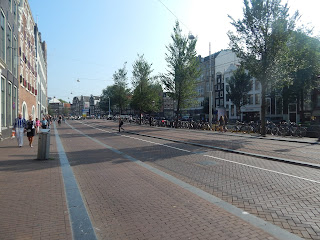 Then I found this purple Volkswagen and just HAD to take a picture.! 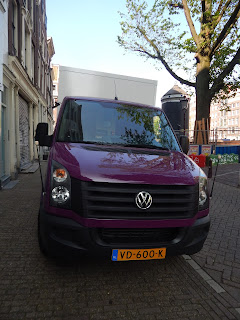 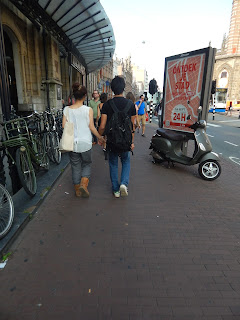 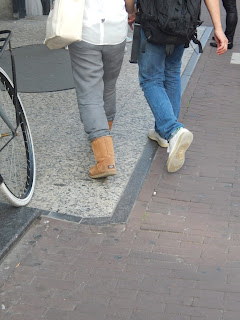 After that we walked around a bit, went shopping! We both got new boots and omg let me tell you, if you are tall, The Netherlands are the place to buy pants! I bought some postcards, and then headed back to Amsterdam Dam to catch a tram back to our hotel because we had plans for later that night but needed a break.

Well let's start by saying how nice the people in Amsterdam were. This actually happened to us twice. So obviously, everything is in Dutch. But everyone speaks English because who besides the Dutch and half of Belgium speak Dutch, right?

Anyway, we are standing at the tram station with a bunch of other foreign people who also speak a lot of languages but none of them Dutch. So we're waiting, we're waiting, we're waiting, and my god the tram is not  coming. I am so exhausted, and I'm like, okay, if the tram doesn't come, I going to that cafe over there and getting a drink. Then suddently this random Dutch guy walking by hears the announcement from our Tram Station saying, "Green Dentist" (okay actually it's something like Gien Dienst but it looks like Green Dentist!) and walks over to tell our ignorant crowd that the tram is stuck and is not coming for a long time. And he keeps going on his way! So nice of him.

So how did we solve the problem? 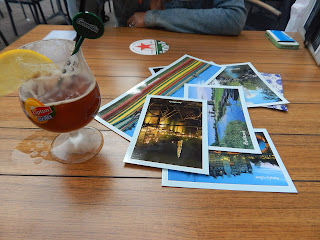 Also, this is my new favorite thing. It's new in Europe so they have been giving samples. It's sparkling iced tea. It kinda tastes like beer.... i just love it! 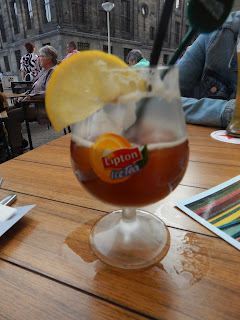 So Lauren has two modes.... hungry and not hungry. There is no  in between. When she gets hungry she has to eat immediately. It's almost savage like. Anyway, she had a hunger attack at this cafe so we ate. She obsessed with salads as there is no fresh lettuce or goat cheese in china. So she had a salad. I had a carpaccio sandwich. It was massive! 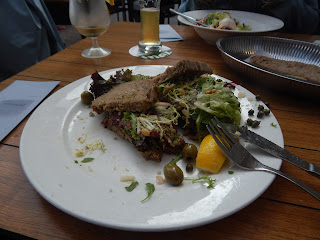 Finally, the tram came, we split from the restaurant and made it back to the hotel. Here's our view! 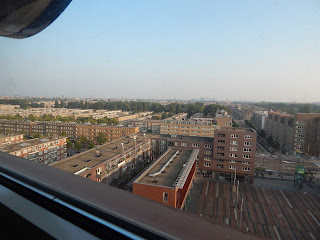 And the massive room! 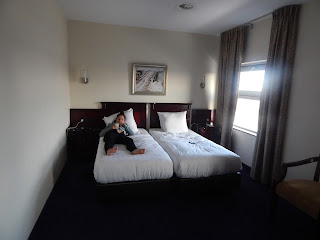 So that morning I had woken up really early and was reading about what to do in Amsterdam. One of the things was to take a canal cruise. They said don't be swayed by the touristy aspect, that they are great. So I looked and I found the perfect thing, a cocktail cruise! Ha! It was 2 hours, 2 cocktails, and appetizers with a tour guide. Great!

Well, let me tell you, this thing turned out to be amazing! We totally scored too. Because we were on the same boat as a wine cruise, but we got our two cocktails and then all the wine we wanted. 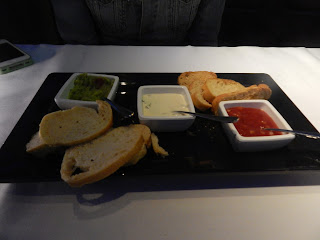 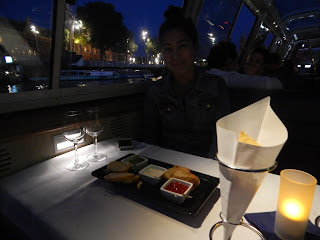 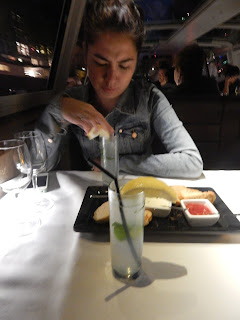 Okay, this is a terrible picture but here is what it is.One cool way to live in Amsterdam is on a houseboat on the canal. They can be incredibly expensive because you one have to pay for the mooring space and then usually your houseboat is out of this world fancy. Anyway in Amsterdam, people believe at night you should always leave your curtains open because if you close them, you are saying you have something to hide. Strange, but awesome for use because we got to see into everyone's fancy house boats! 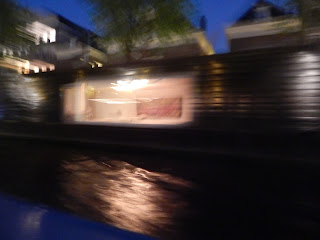 We passed the Anne Frank House. 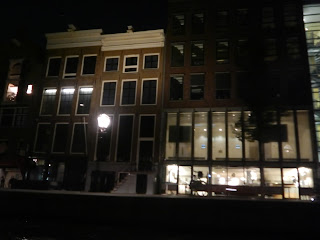 The canal bridges are all lines with lights so you can see the tunnels. So pretty! 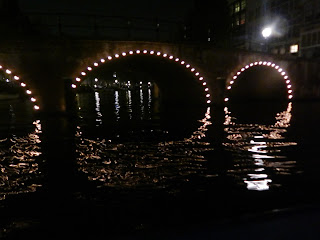 Also, there are the tunnels that our massive boat goes through! 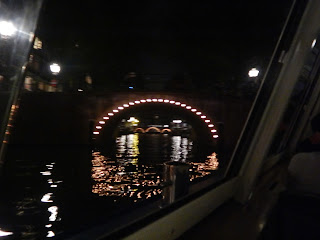 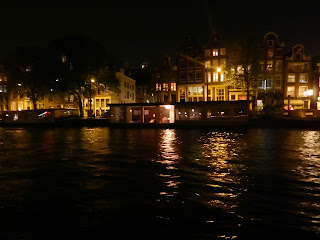 Okay, here we are going through a tunnel. Terrible picture but I am trying to show the clearance. I am not kidding, they maybe was about 6 inches on either side of the boat. The driver was amazing! 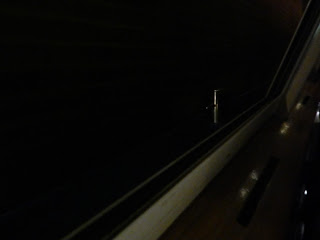 Lauren is touching the wall! 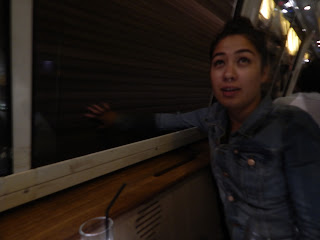 So that cruise was so so fun! And it was two hours which was really cool. I have been looking for Seine cruises in Paris and nothing compares!

Anyway, after that we headed back home and had our second encounter with a friendly Dutchman. The centreplatznespac in Amsterdam Dam was undergoing some night construction. So basically a maze had been created to get the tram for us. We were confused for about 2 seconds when a random Dutch guy comes up to us, says go this way, then this way, then this way, and then he just disappeared! What the heck? Well, we followed what he said and ended up at our tram stop!

So that was our first day in Amsterdam! We did so much! More to come!

Posted by Brittany Burkhalter at 12:08 AM